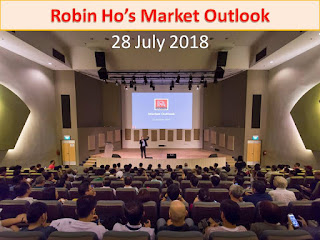 Last Saturday, about 400 packed Nexus Auditorium to listen to Robin's insights of the market. 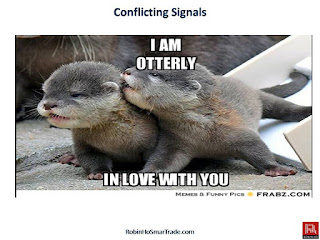 The theme of this market outlook is "Conflicting Signals". 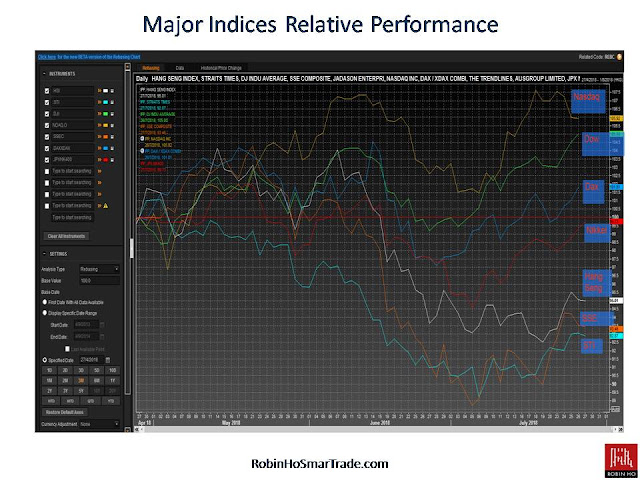 The first conflicting signal is the divergence of the US and Asian markets. 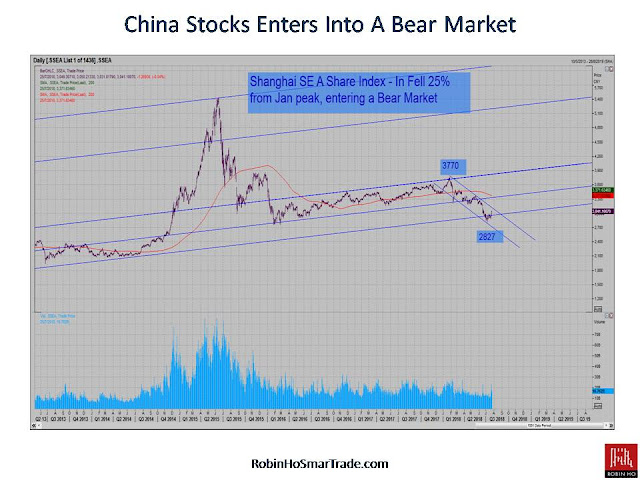 China stocks have entered into a bear market, with the Shanghai A-shares index falling more than 20%. 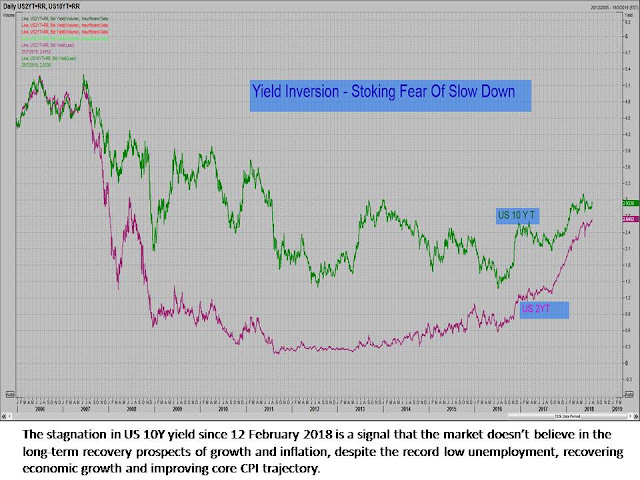 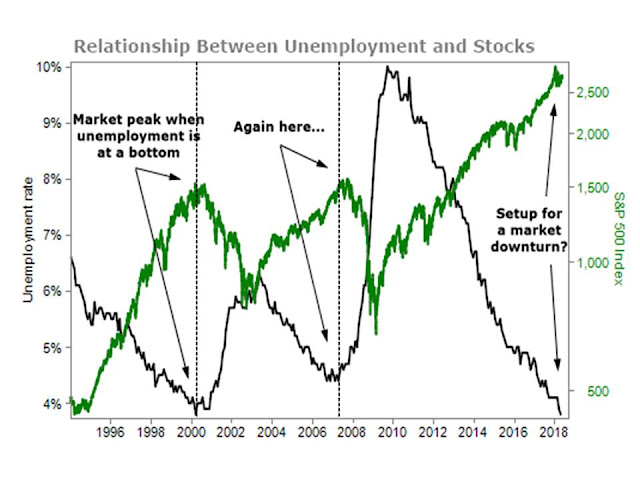 Historically, when unemployment forms a bottom, the market would have formed a peak. Thus a reversal in the current low unemployment rate could be a sign for a market downturn. 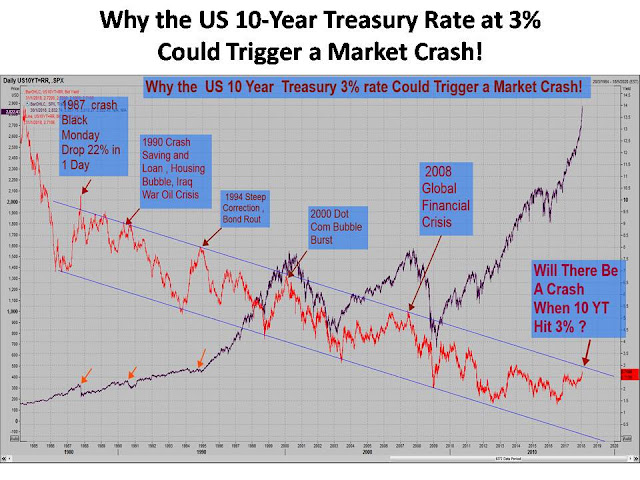 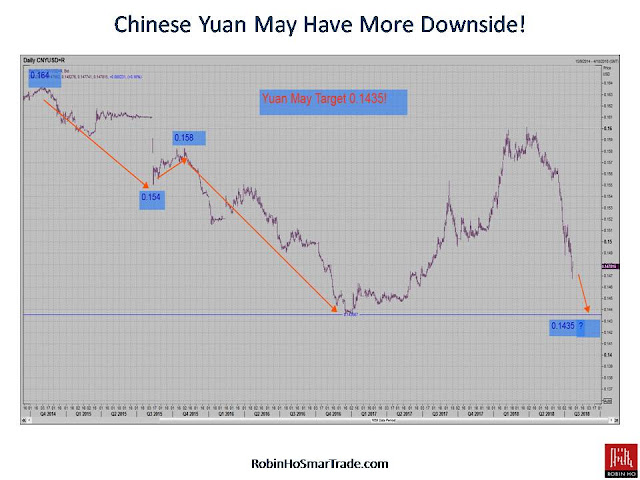 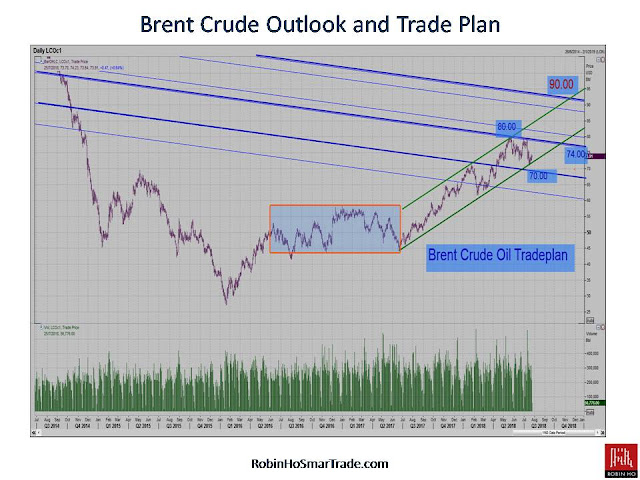 There has been unanimous consensus among analysts that the advent of clean energy automobiles will curb the usage of crude oil, thus they hold a long term bearish view on crude. However, with US pressing the world to stop importing crude oil from Iran, it is a potential flash point that could ignite the price of crude oil again. 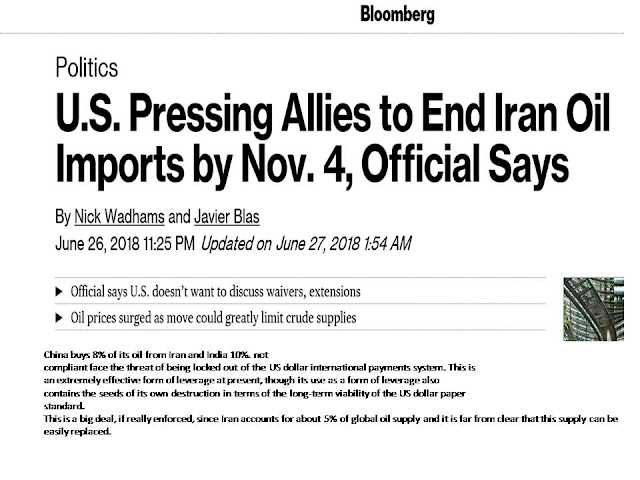 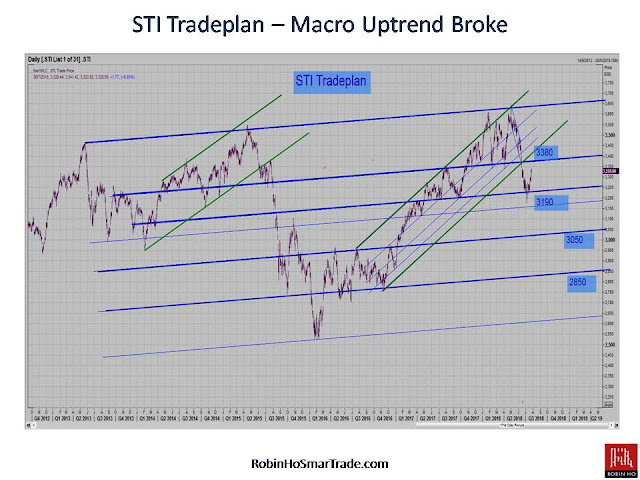 STI's macro down trend is intact, current rebound should be taken as an opportunity to sell into strength. 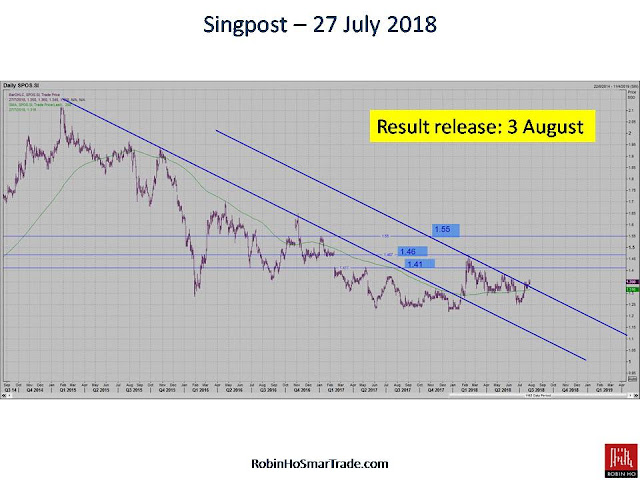 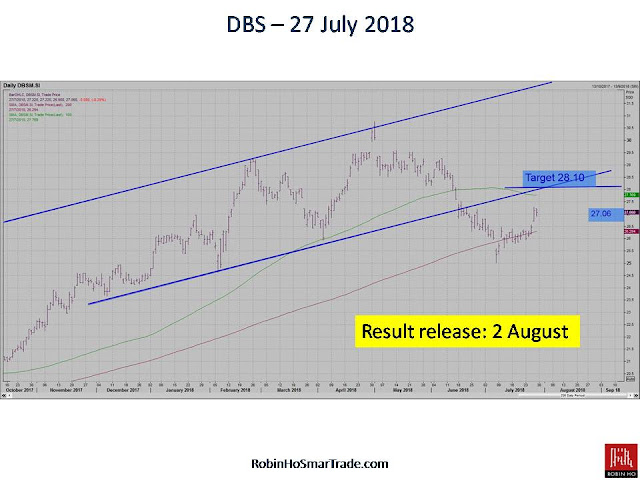 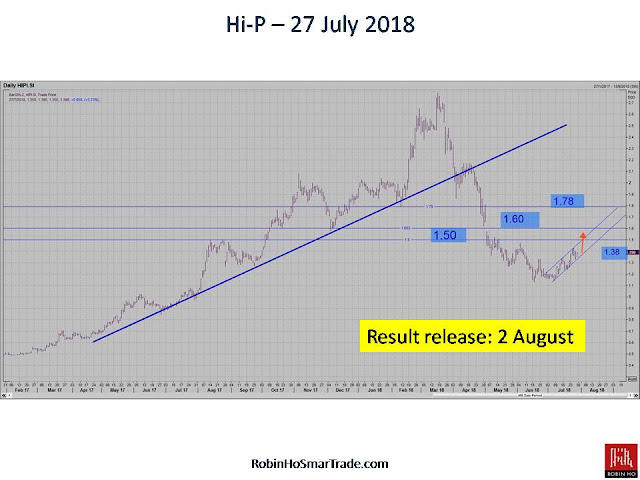 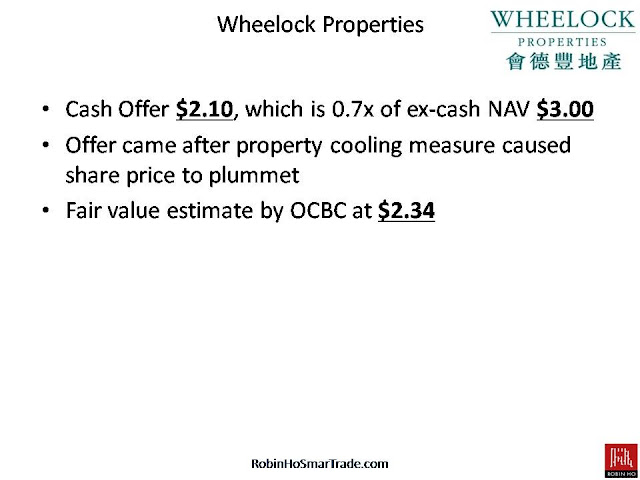 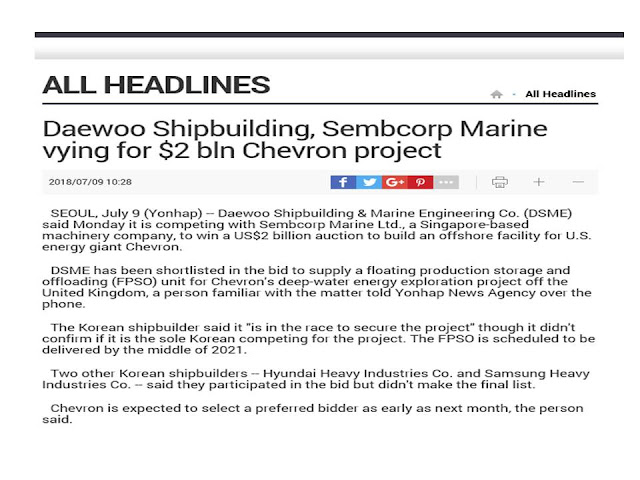 The above deal could be announced as early as August 2018, so watch Sembcorp Marine. 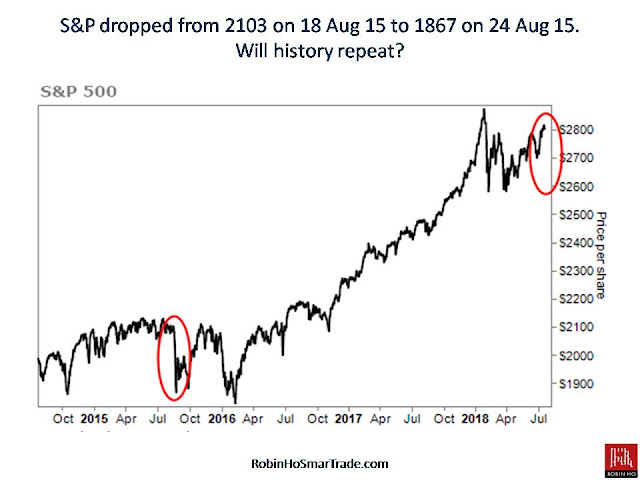 For the past three years, S&P has corrected in the month of August. This could happen again this year, watch for it! 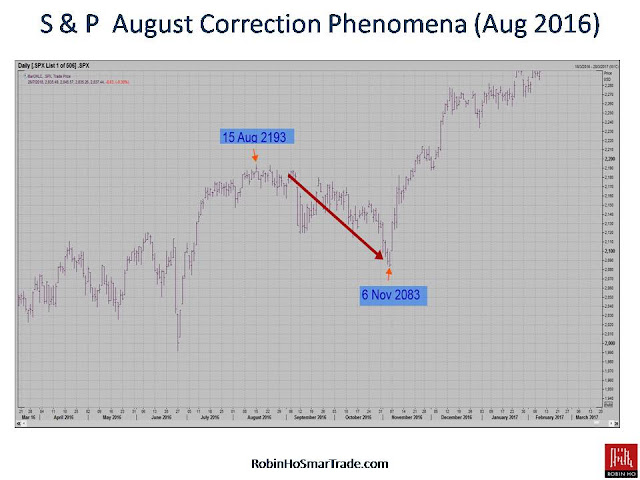 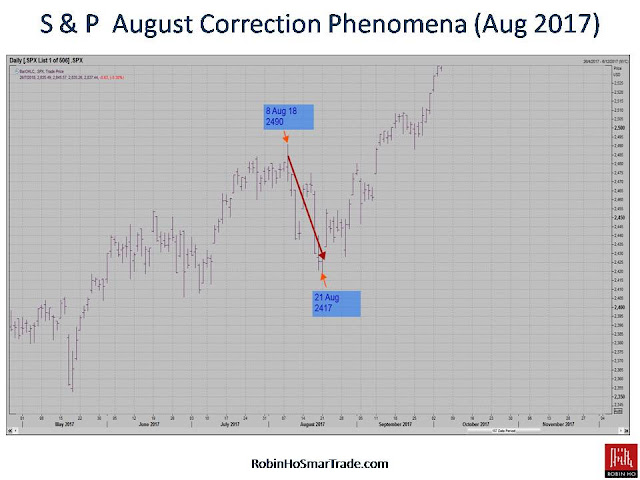 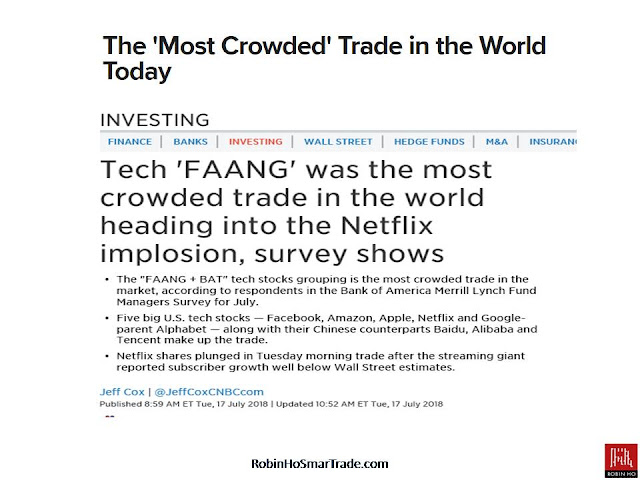 The FAANG trade has never been more crowded than in the last one month. This could potentially be the most risky trade in the months ahead. 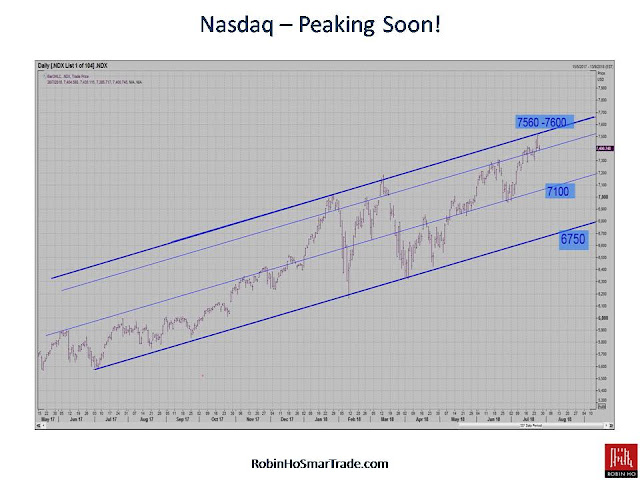 This trade plan shows that Nasdaq has peaked and could experience a major correction soon. 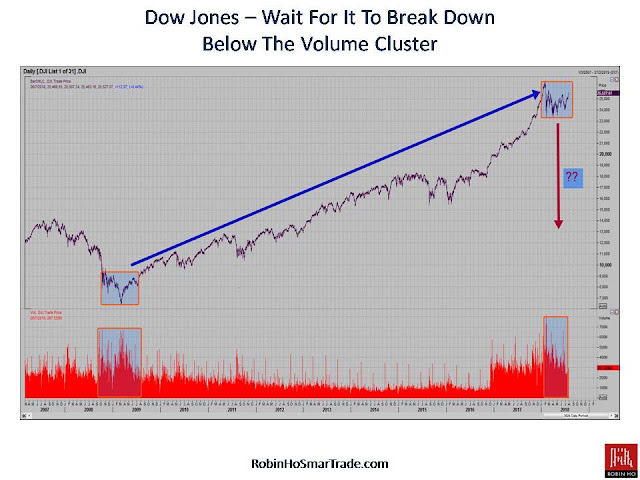 For Dow Jones, a break below this crowded trade could potentially mark the start of a bear market.

All posts and charts are for educational and illustration purposes only
at 6:33:00 PM