Bitcoins - Why the macro uptrend has just begun.

Bitcoin’s break out to a new all-time high 25150 at the time of writing, the debasement of fiat currencies has resulted in Bitcoin becoming an increasingly viable “store of value” for the many institutions.

Microstrategy CEO Michael Saylor has bought $650 million worth of Bitcoin since December 11.

Big institutions who want to hedge against the debasement of fiat currencies are investing in BTC. This is particularly the case since custodian arrangements are now in place for owning Bitcoin offered by the likes of Fidelity.

In America, Massachusetts Mutual Life Insurance Company announced on 10 December that it has invested 0.04% of its general investment fund, or US$100m, into Bitcoin. While in Britain, Ruffer Investment, a wealth manager, announced last week that it allocated 2.5%, or roughly US$15m, of its US$620m multi-strategies fund to Bitcoin in November.

The latter investment in BTC is is interesting since has long being a conservative fund with emphasis on capital preservation.

Bitcoin is the only technology in our lifetime that enters the hypergrowth phase meeting up with shrinking supply.

All posts and charts are for educational and illustration purposes only
at 7:05:00 PM No comments:

Tesla is easily the most sensational financial story in 2020. Will it last?

Tesla is easily one of the hottest tech stock in 2020.

Shares of electric vehicle maker Tesla are up nearly 700 per cent over the last year, a meteoric rise has turned it into the world's most highly-valued automaker.

Is it too late to grab some ?

With markets running up from its March lows, many would agree that Tesla is one of the most sensational performer.

Tesla is now larger than the next five largest global auto companies (Figure 1) combined with a mammoth price-to-earnings (P/E) ratio standing at 1,278, according to FactSet data.

Given its gigantic size, Tesla could probably be a big macro driver of the market going into 2021 but is the valuations justified and will it be sustainable?

Morgan Stanley analysts see Apple’s rich ecosystem (deep pockets, capital access, ability to attract and retain talent and a large user base) as a strong basis of becoming a formidable opponent to Tesla than other auto-makers.

Should investors continue to plough into Tesla?

Now let us have a look at technicals and price action of Tesla on December 17, 2020, it hit the top of the trend channel and accompanied by high volume, a sign that  it has completed its trend channel cycle.

If the same price action plays out,  I expect  an impending correction like that of February beginning to unfold in the next 20 days 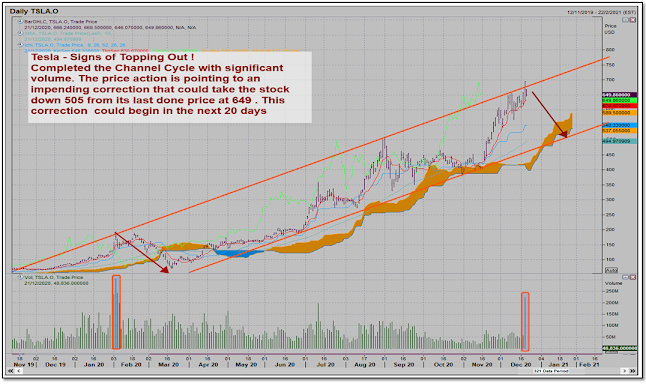 All posts and charts are for educational and illustration purposes only
at 3:54:00 PM No comments: 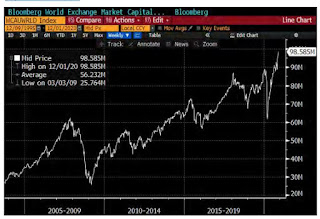 This is why the stock market has gone through the roof, the whole lot of money printing, its visually shocking. We will have to face the consequences one day , the end will be detrimental. 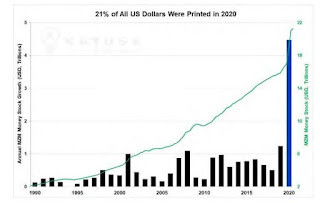 US dollar will crash 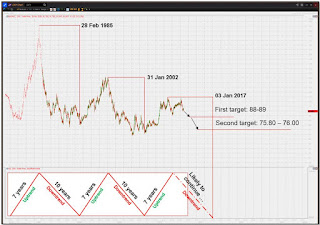 The market will turn to Bitcoins and Gold will soar as seeks for safe haven. 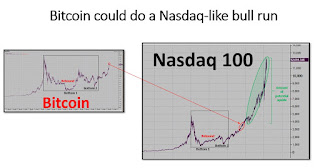 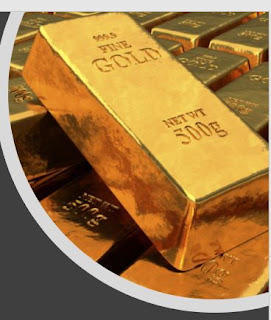 All posts and charts are for educational and illustration purposes only
at 8:03:00 PM No comments:

Long Term Bearish on US Dollar

With the US presidential election now done with, and Joe Biden the president-elect of the US, we take a look this week at the US dollar and why I'm long term bearish on the reserve currency.

Also, with this bearish view in mind, who are the potential beneficiaries of a weak dollar?

Join me in my RHO Market Chat for more of my analysis! 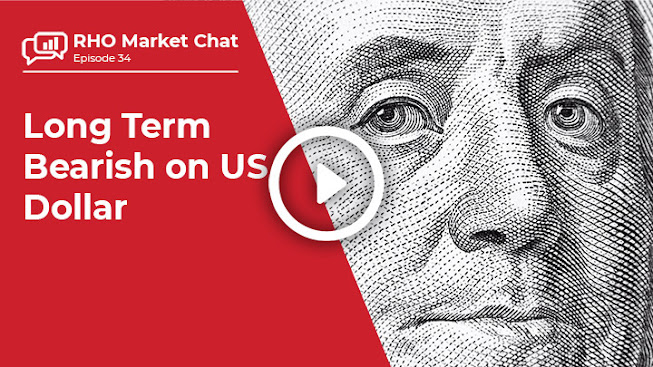 All posts and charts are for educational and illustration purposes only
at 12:28:00 PM No comments: