Wuhan Coronovirus Epidemic - When Will The Stock Market Bottomed Out?

The first outbreak on 6 February 2003, and bottomed out  25 April. A strong rebound followed and the indices ended the year higher. MSCI Hong Kong and Hang Seng Index in 2003. Expert say that this virus is less fatal but more infectious and indeed it took only 8 months for SaRs to spread to 8000 people. The Wuhan virus infected 8100 people in 30 days. The fast spreading virus has so far only impacted travel and tourism but the outbreak will inevitably cause a supply chain hiccup and a near-term earnings decline for tech firms with exposure to China. Chinese companies will suffer more than foreign ones. We could also see a delay in China’s 5G deployment and PC and smartphone production trouble. One company that will inevitably suffer is Lenovo Group 0992.HK, almost 60% of their smartphone production comes from factories in Wuhan.  Drawing lessons from SARs , we are probably in the early days of the epidemic and nobody at this stage could fathom the depths of economic damage it can inflict. It took Hang Seng about 2 months to recover from SARs , it may take longer this time . If what the expert say is true , this virus will strike more fear because it is fast spreading and this  will cost many companies to suspend business which will be detrimental to the economy and the stock market. The markets in US seems immune to the virus but i believe the damage will eventually  find its way to the American shore .

All posts and charts are for educational and illustration purposes only
at 8:34:00 PM No comments:

Wall Street Street has been largely immune to the China Corona virus epidemic. Perhaps because history shows it does not pay to be bearish.

However, I think this time round it could be different. Beijing is  more important to the world economy now than in 2003, lock down to more cities, restricting movement to an unprecedented 56 million people as it rushes to build a prefabricated, 1,000-bed hospital for victims.

The ability of the virus to halt travel and harm consumption, particularly in Beijing, are some of the ways an outbreak could have economic implications that could wash up on U.S.

The fact that the coronavirus came as a full surprise, has the potential of having a major effect.

Goldman Sachs said in a note on Tuesday it anticipated a 260,000-barrels-per-day negative shock to global oil demand on average, including a 170,000-bpd loss of jet fuel .

For me , the strategy is to Sell Now, Worry Later, while traders may not yet grasp the full impact of the coronavirus, oil bulls already wavering in their conviction, oil prices hit nine-week lows on Thursday, with U.S. crude down 9% on the year while Brent, the global crude benchmark, sunk 6%.

Stay bearish until we see the cases of people infected start decreasing.

This coronavirus epidemic could turn out to be a Black Swan event.

Holding some gold as a defensive hedge could be a good idea.

Have a blessed and happy CNY!
All posts and charts are for educational and illustration purposes only
at 10:57:00 AM No comments:

Thank you for your support!

My heartfelt thanks to everyone who have supported and journeyed with me for yet another year. The success of RHO intra-day index trading signal was a significant milestone in my life. I am especially heartened because it has helped many retail traders with limited capital to make an income. The RHO signal was special because it is probably the only trading signal in the world that gives live calls for major global stock indices on a intra-day basis. Day trading is the most challenging type of trading traders face today and RHO signals has successfully and consistently provided good wins. I am committed to helping retail traders gain an edge over the market. This year, I forward to launching the RHO Swing and RHO Quick Win signals (a very short term trade signal) for stocks. This is something I have been working with my team for the last 3 years. For those who are current running this race with me, please stay with me, the best is yet to be! I wish everyone a great 2020 with many blessings! 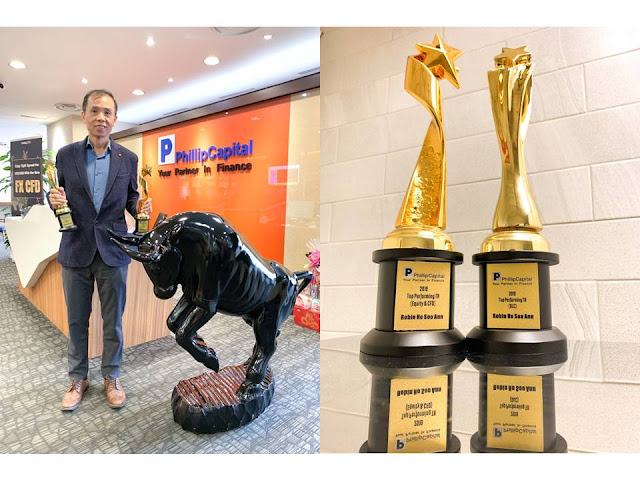 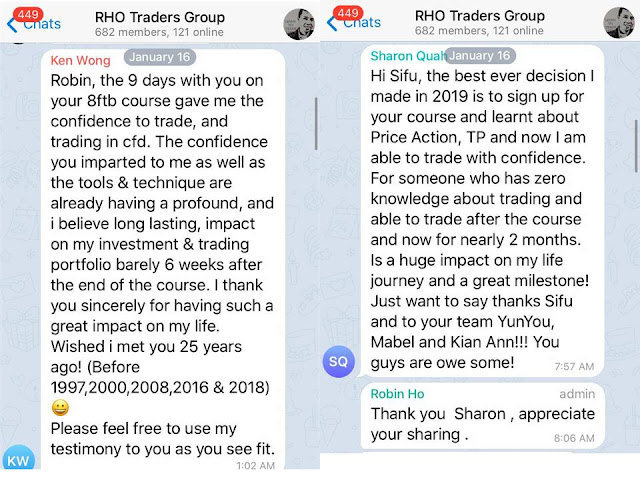 All posts and charts are for educational and illustration purposes only
at 11:00:00 AM No comments:

Intra-day trading is challenging, but with a system to track your positions for you, it can be more efficient, and profitable! 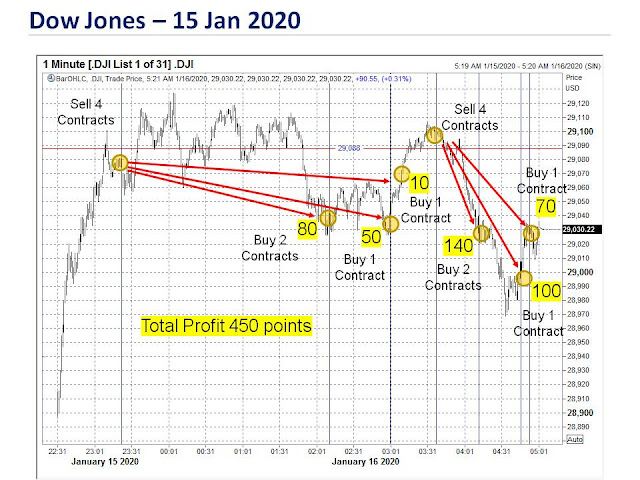 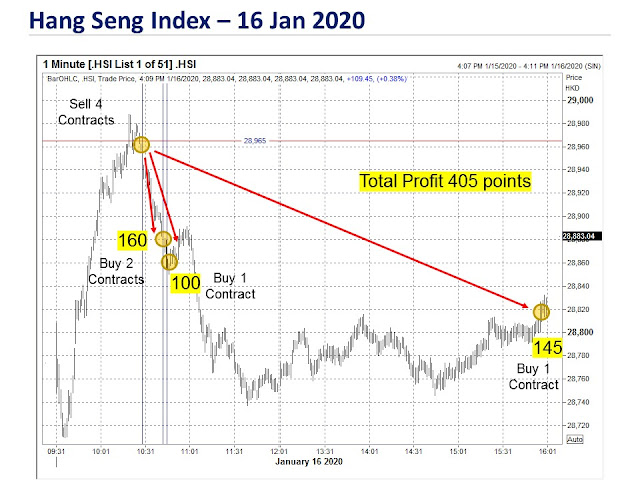 To experience a more systematic way of trading, go to www.tradingkungfu.com/keylevels.
All posts and charts are for educational and illustration purposes only
at 6:37:00 PM No comments:

All posts and charts are for educational and illustration purposes only
at 3:48:00 PM No comments:

Email ThisBlogThis!Share to TwitterShare to FacebookShare to Pinterest
Labels: broadway

Gold - When Gold broke above 1340 in Jun 19 , i declared a New Gold bull cycle has started . After Gold shot pass 1340 i predicted on my blog that it will hit a high of 1550 in Sep 19.  Yesterday Gold prices surpassed the target to close at a 6 years high of 1588. I believe the metal is  in the cusp of early New Bull cycle and there is more room to run. If Gold can stay above 1588, the next target will be 1654 and to complete this cycle the metal will have to achieve the 1704 target 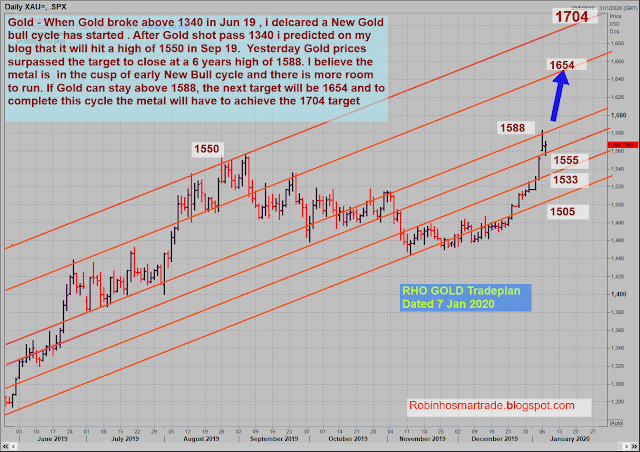 All posts and charts are for educational and illustration purposes only
at 9:45:00 PM No comments: