Major Oil Producer Informal Meeting In Algeria
The world's biggest oil producers  led by Saudi Arabia and non-cartel members headed by Russia  will meets  in Algeria next week from 26 – 28 Sep   to negotiate an oil production freeze in order to stabilize prices. While many of such meetings previously had disappointed, this time round looks promising, the most  compelling reason to reach a collective agreement this blog believe is that many of the biggest  producers are close to producing at maximum capacity and  there is little  to lose by agreeing to cap output at current levels. Even more compelling  is Saudi’s planto issue debts worth 15 billion  on the international market next month for the first time and by lifting oil prices they hope to give to market more confident that things are looking up.

US Presidential Debate
Hillary Clinton and Donald Trump meets on 26 Sep for the 2016 US presidential election debate which we be the  most-watched US presidential debate in history. While Clinton now holds a the marginal lead on national polls ,  the race too close to call.  If any one candidate gain more than 2-3% lead after the debate,  history shows the candidate is likely to win the election causing the market to go into wild gyration. If Donald Trumps leads after the debate stock market will colapse and  Gold will surge. This blog believes Trump could make Clinton look like a little girl judging by is oratory credential. This blog stay cautious ahead of the event. 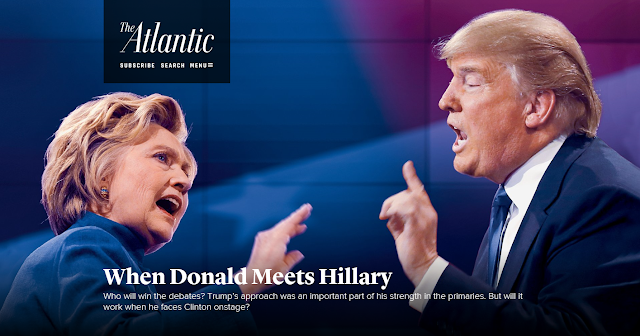 All posts and charts are for educational and illustration purposes only
at 2:58:00 PM