Donald Trump’s approval rating has fallen to 41%. This is because the longest US federal government shutdown in history has started to make an impact on the economy with an estimated 800,000 workers not being paid and governments contractors payments delayed. Donald knows he needs to win back the public confidence if he wants to seek an re-election into the second term in office. 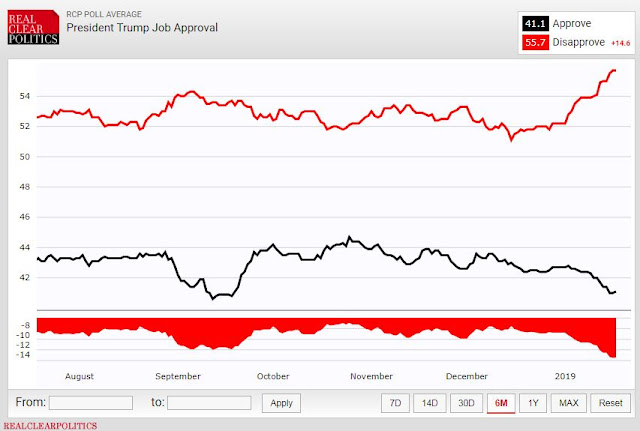 On the second summit between Trump and North Korean leader Kim Jong-un will be held late next month. Trump wants to register a “win” in this  area where all of the previous presidents have failed.
Trump knows that Kim is not going to agree to a deal based on the demands based on conditions to
shuts down all its existing nuclear facilities based on advise of national security hawks such as John Bolton. This is why Trump needs the support of Xi to try to come up with some formula which bridges the current impasse.

Desperate to win back public confidence, needing the support of Xi on the Korean De-nuclearisation With the world and US economy heading in recession, street wise Donald knows he has messed up and needs a trade deal with China.

Last week The Wall Street Journal’s report that US Treasury Secretary Steven Mnuchin favours removing the existing tariffs introduced last year which support this view that Donald wants a deal with China. The proposed deal hopes to soften China position  in areas such as intellectual property and market access.

Meanwhile opposition voices against China stealing of Intellectual Property rights are getting louder,
last Wednesday lawmakers introduced bills that would ban the sale of US chips or other components to Huawei, ZTE or other Chinese telecom companies that “are in violation of the export control of the United States”. President Xi knows that he has to do a deal while Trump is still in office because future US leaders may be more hostile towards China. China is correct to offer an increase in imports from America by a combined value of more than US$1tn over the next six years, seeking to reduce its trade surplus with the US to zero by 2024.

It makes sense to assume a deal will be done and the existing tariffs will be removed, as well as the threatened tariffs not implemented. This is why the stock market will continue to hold up until 30-31 January.

Still, this blog's base case is that the current rally, which start started after Christmas has helped Dow Jones recover 60% since it hit a low on Boxing Day, is a counter trend rally in a broader Bear Market that was ignited on the news of Trade War 90 days Truce and the prospect of relaxing monetary policies. 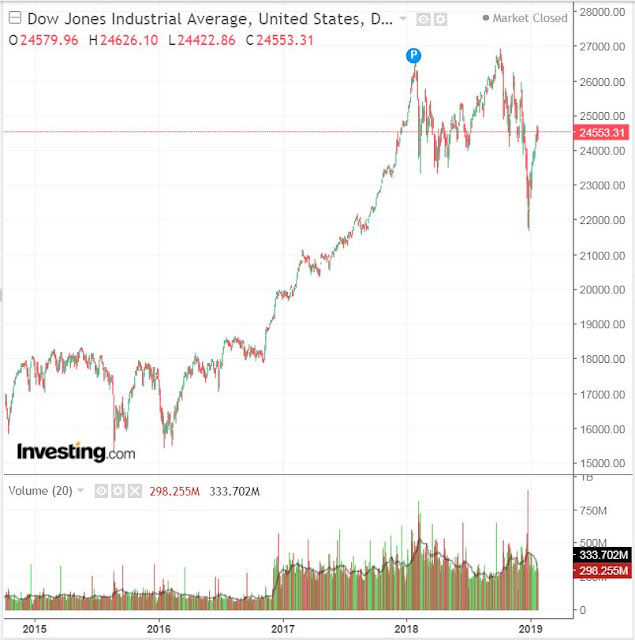 All posts and charts are for educational and illustration purposes only
at 3:41:00 PM